Every year since we got married, Kathleen and I have spent Christmas Eve at home making a special dinner. The first year was Cornish game hens, then a whole roasted turkey, and this year we made rack of lamb. 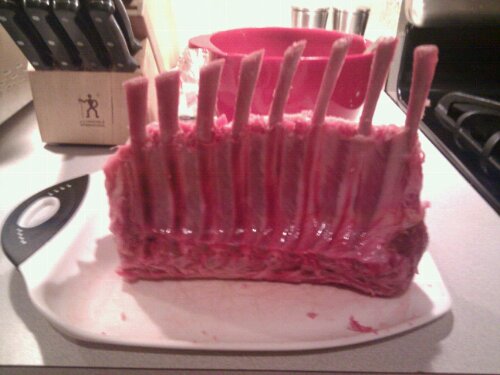 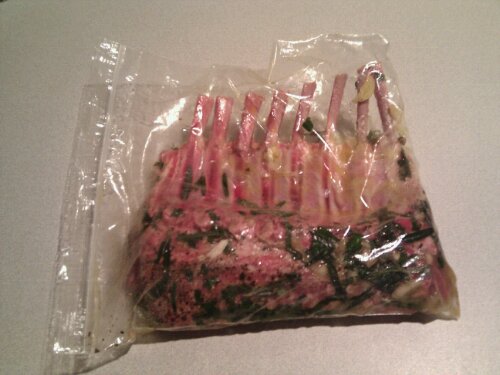 Seared on the stove-top, now roasting in the oven: 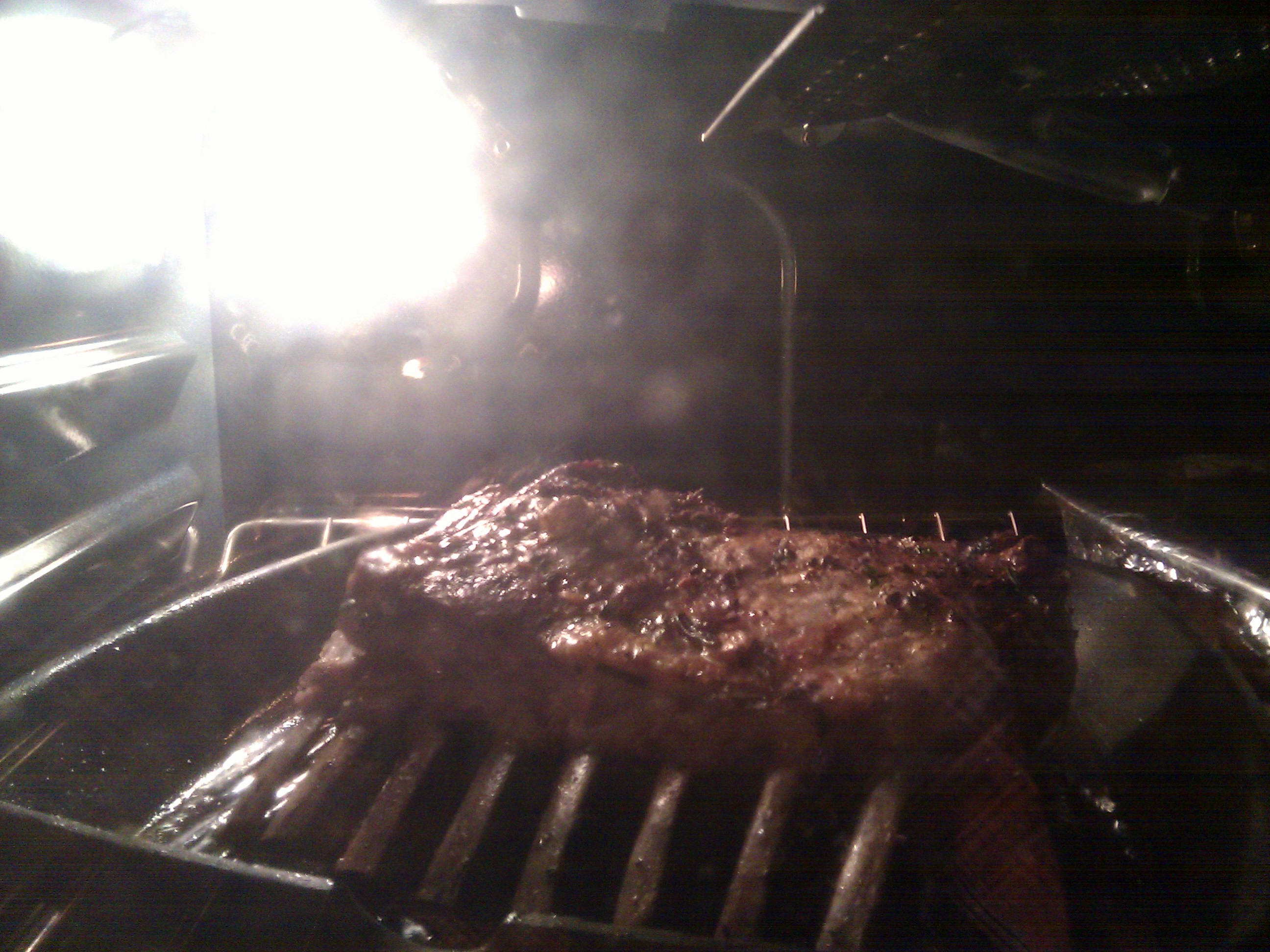 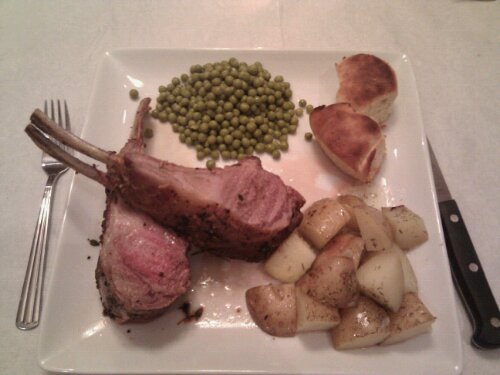 It was awesome. This qualifies as the most expensive meal I’ve ever prepared at home, but was totally worth it.

Hector, from Pura Vida and Top Chef, has started setting up a burrito stand under a tent in the lot across from Pura Vida on Saturday and Sunday afternoons. Kathleen and I finally made it by for a try on Sunday. Yum… 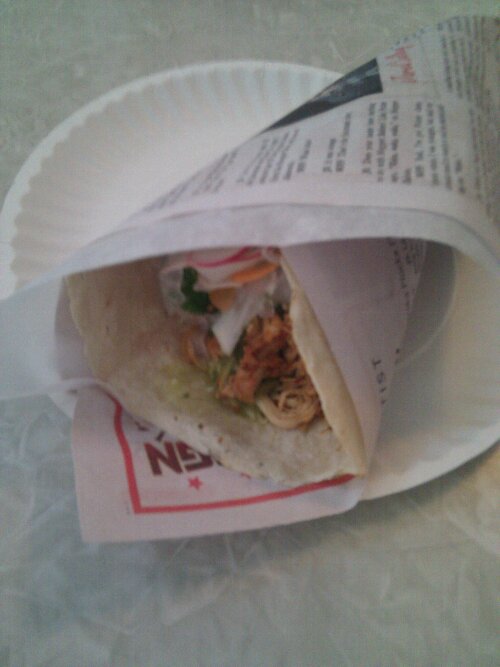 On Saturday night, Kathleen, Michael, and I went to see Cinematic Titanic at the Alliance Theatre.

It was basically everything I’d hoped it would be, essentially MST3K: live. The movie was “Danger on Tiki Island,” which was perfectly awful and great riffing material for Joel and the gang.

We also ate at Soul Vegitarian for the first time ever, even though we’ve lived across the street from it for two years now. It was some pretty darn good food.