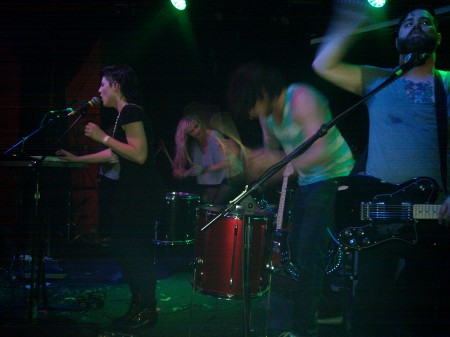 Can’t believe I have forgotten to post about this.Â  On my birthday Kathleen took us to see Paul McCartney in Piedmont Park!

It was amazing. We were about 25 feet from the stage. We got rained on for about 20 minutes, and nobody moved. He played for over 2 hours straight.

Unfortunately, we didn’t take our camera because they said they weren’t allowed, but everyone else had one. We took a disposable camera though. Should have those developed soon.

FridayÂ  night we went to Rapt Atlanta at the Woodruff Arts Center. Kathleen had been helping them with media and marketing.

It was very cool. I liked it way better than I had expected to. They had projections all over the buildings. AndÂ  Big Rube, who does a lot of stuff with OutKast and Goodie Mob, gave a little spoken word poem that was really great.