There’s a new Get Smart trailer out…

The first teaser trailer left me a little skeptical, but I’m completely excited for this now.

I checked out my site statistics today, and found out something very pleasing to me as a web developer. This is the break down of what browsers people are using when viewing my site:

Although, to be honest I would still like to see that IE number go down to zero, but hey, that’s better than I expected.

Of course… this might be skewed by my own usage of the site, as I only use firefox and probably am the most frequent visitor.

It has recently come to my attention that an old video featuring a young Christopher Covington has been uploaded to youtube.com. Before the rumors start to fly, I thought I’d set the record straight, right here, at christophercovington.com.

It was the Spring of two thousand and three. I had recently moved away from home and was living in the city of Atlanta. One day, there was something going on near the student center at GSU. It was a music video maker thing, and it was outside, right in the open for everybody to watch… My good friend Jonathan of course wanted to make one of these free music videos. No one else would do it with him. So I stepped up… They had lots of costumes, and, well, not a great selection of songs to choose from… And, without further ado… I bring you: Chris Covington and Jonathan Williams performing Bone Thugs and Harmony’s Crossroads: 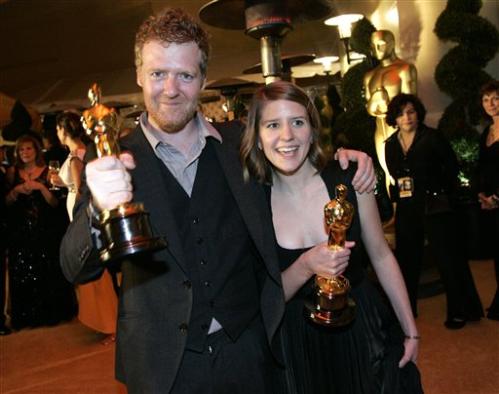 If you haven’t seen Once, you should.

Also, Diablo Cody won for Best Original Screenplay for Juno. So it was actually a pretty good Oscars night, I’m usually upset about a lot of the awards.