Kathleen and I went to see Stephen Malkmus and The Jicks on Wednesday night. Even though I was extremely tired, we had a good time. We had ridden our bikes to dinner at Across The Street, and my bike tire’s went flat on the way back, so that sucked. And then the ATM broke in Little 5. Oh well…

It was great to finally see someone who’ve I’ve liked for so long, although they didn’t play any Pavement songs. They actually played mostly stuff off the new album, so I didn’t really know a lot of it. But it was still good.

There was a lot of damage to buildings in the the area. Here are some pictures of the building across the street from Kathleen’s office:

This one has the Tabernacle in the background 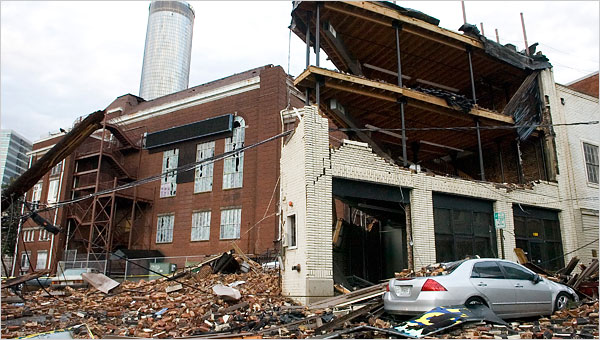 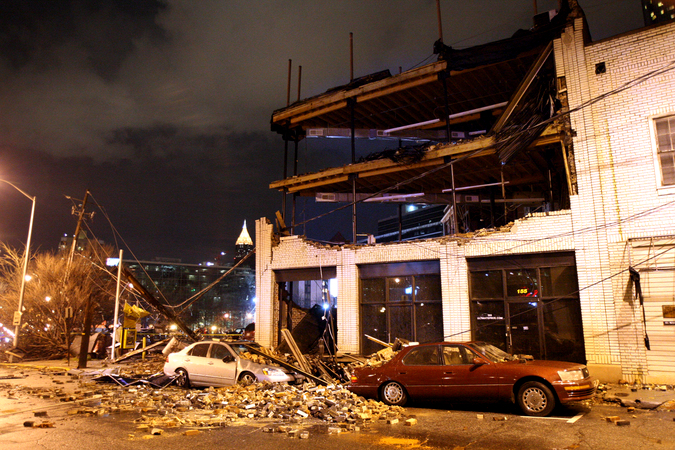 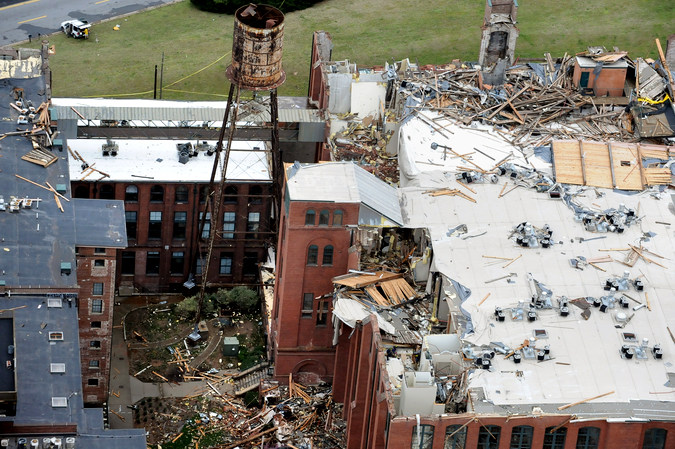 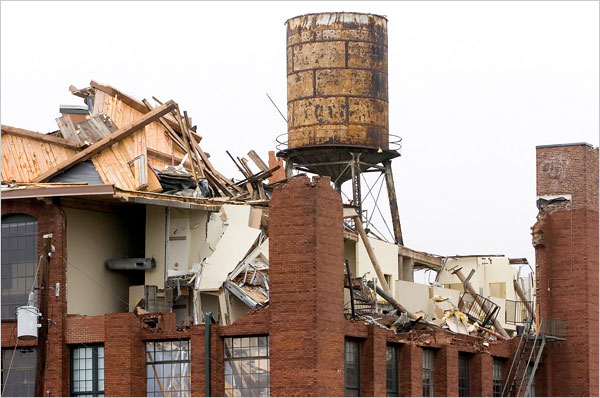 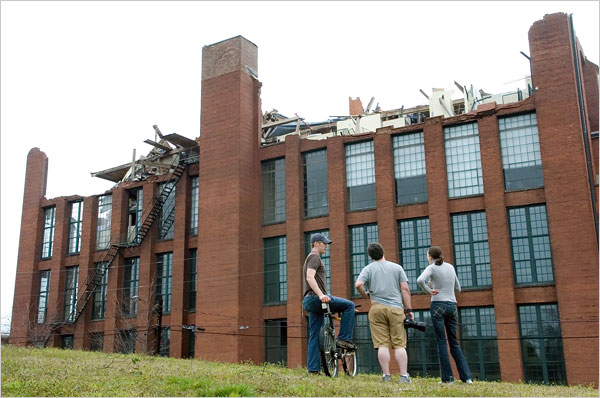 Thankfully nobody died, but all of the floors here collapsed.

There was a really bad tornado tonight in downtown Atlanta.Â  The building across the street from where kathleen works was shown on tv, and it was all torn apart. We haven’t seen her building yet. 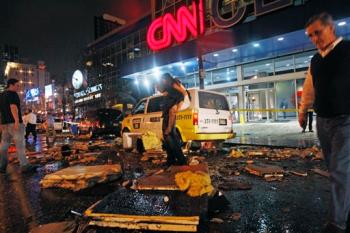 On a very sad note, it looks like the Cotton Mill Lofts have been completely demolished. The floors just collapsed one on top of the other. Less than a year ago, when I was looking for a new place to live, I was very close to picking the Cotton Mill Lofts. I just hope everyone made it out ok.