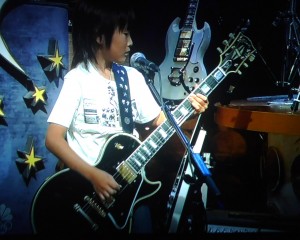 He was freakin incredible. And he’s only 8!

Why oh why couldn’t my parents have put a guitar in my hands when I was 3?

I just got the site up on the live domain. So I’m officially done with it:

Saw The Dark Knight today with Kathleen… Amazing. Can we all just agree to pretend that those previous Batman movies don’t exist (not counting the original 60’s version of course)?

I haven’t been to the theatre to see a movie in a very long time. Spent $30 (why I never go), and it was completely worth it. Although, we almost watched it from 10ft away from the screen, in which case I probably would have hated it. Luckily Kathy suggested we just walk over to the next screen which was starting 30 minutes later (thank you…) , where we promptly went to the top row of seats.