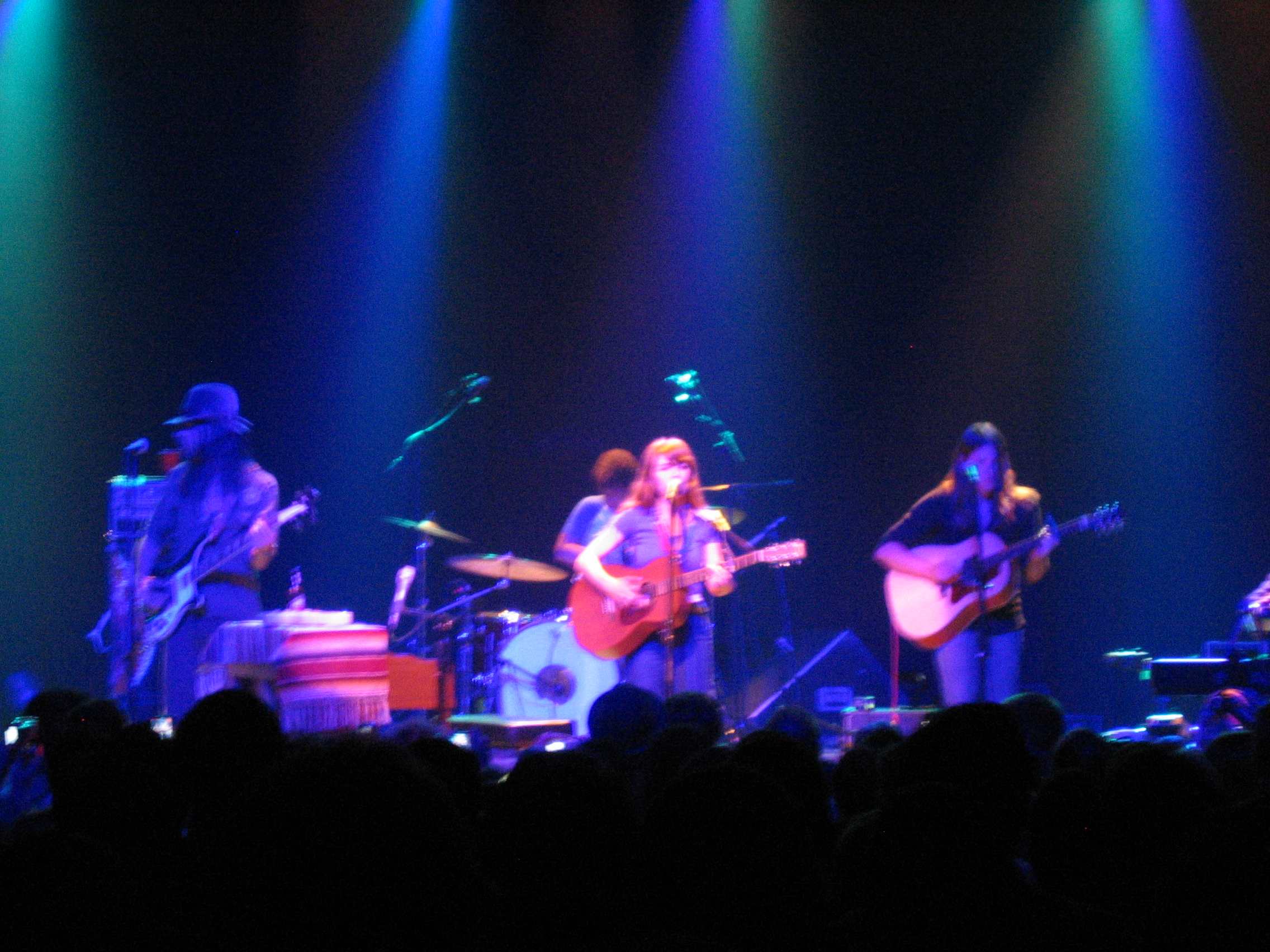 We went to see Jenny Lewis at the Variety Playhouse. First time I’ve seen her live. It was a great show, I love the VP. We walked to l5p, ate dinner, saw three bands, and walked home by 11. Even though it makes me feel old, I’m tired of going to venues where the bands aren’t finished playing until 1:30, at least on week nights.

And it made me really wish I was already working freelance because the day of the show she said they all were hanging out at the coffee shop accross the street from my apartment.

The two opening bands, Michael Runion and Benji Hughes, were both pretty good.

Kathleen and I went to see Stereolab at the Variety Playhouse. It was a really good show except the new security gaurd that didn’t like us filming, which has never been a problem in the past.

I’m really late posting this, but we went to see Silver Jews over three weeks ago with Brent, Alexis, Eric, and Kelly. Monotonix opened for them, which was quite a show…
We were sitting on the right side where they have the plastic chairs set up. They started out on the floor in the front. Then half way through they drug all their equipment over directly in front of us. More photos of them here