On Saturday night, Kathleen, Michael, and I went to see Cinematic Titanic at the Alliance Theatre.

It was basically everything I’d hoped it would be, essentially MST3K: live. The movie was “Danger on Tiki Island,” which was perfectly awful and great riffing material for Joel and the gang.

We also ate at Soul Vegitarian for the first time ever, even though we’ve lived across the street from it for two years now. It was some pretty darn good food.

…have been found in Indonesia! 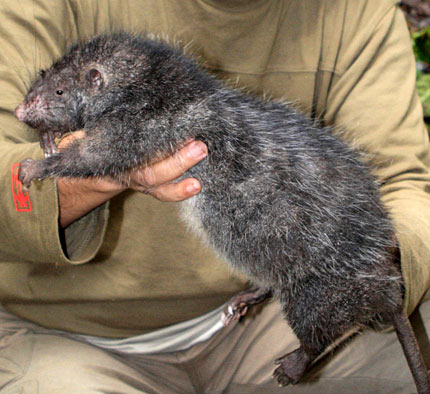 “There must be thousands like me with the same name, anyway…”

This morning I followed a referral link that someone came to my site from. It was search results from some engine I’d never heard of for “login ChrisCovington.”

Anyhow, it seems I’m a football player at Georgia Southern, rehabilitative doctor, online mini game developer, voice of a plant in a reproduction of “Little Shop of Horrors,” father of an illegitamate child, avid fisherman, registered java developer (which is actually one that could be me), and apparently I wanted a frog in a martini glass at the bottom of my pool.

There were lots more, but, you get the idea. It’s Friday…