My parents took Kathleen and I to see Jersey Boys at the Fox on Saturday.Â  It’s the story of Frankie Valli and The Four Seasons. It was really good, and filled in a lot of the history of the group that I didn’t really know much about. 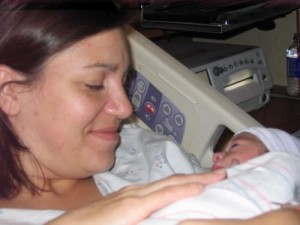 Just walked back in the door and got settled in and the cats fed. The plane landed 2 hours ago, but it took that and $8 to get home (or at least two blocks from it) on MARTA.

Texas was pretty fun. I have a rather nasty looking bruise on my right arm from shooting at clay pigeons yesterday. I’m just glad we found some fairly cheap plane tickets. Don’t get me wrong, 16 hours, both ways, in a van, with my parents, grandparents, aunt and uncle, would have been oh so much fun.

Congratulations to my Cousin Jonathan and his new wife Genevieve (or, Geneva, as the pastor said twice at the start of the ceremony)… 5 and 1/2 more months to go until it’s me and Kathleen’s turn…

On Friday, we went down to Newnan to find out the sex of my brother’s baby. It’s a boy. And here he is:

Brooke is only four months pregnant, so it’s crazy to see how far along the baby is. He only weighs 6 ounces right now.